ALL in attendance MUST wear a mask/face covering.  They must be worn correctly, covering the nose and mouth.  As players sub out of a game they must put a mask/face covering on while on the bench.  There will be random county inspections throughout the event to ensure protocols are bring followed.  If you are not willing or able to follow please do not attend.

There is a zero tolerance policy for not complying with the health and safety protocols in place for the facility & county. We have been instructed that failure to comply with any of the protocols, including face coverings, will result in the entire event being shut down immediately! 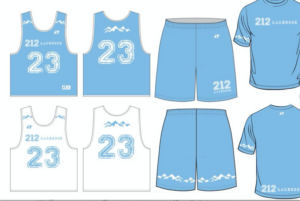 Players must understand the team is above the individual, we succeed together:

·      At each game players must line up bags in an orderly fashion. All belongings must remain in bags unless being used. Players, not Parents, are responsible for carrying their bags and are responsible for ensuring they have all their necessary equipment.  Before you leave for games,  be sure you have everything.  Parents are not responsible for their player’s equipment.

·      Be respectful and courteous to others.  Those who put on a 212 jersey represent our culture and must uphold a strong code of conduct.  All players are to be good sportsmen and understand that it’s a privilege to be in their position.

·      Maintain a positive atmosphere in all circumstances.  Encourage teammates and other 212 players and coaches.  Players will always be positive to each other, congratulate each other when we succeed as a team and never place blame for team losses or mistakes.  Be happy for your teammate when they do something well. Tell them they had a great game.  NEVER belittle another player on this team or any other team. No matter the outcome, we win with class and lose with class.

·      At the end of each game, we will always “get” our goalies, give the opposing team a cheer and look opposing players in the eyes and shake hands respectfully (helmets stay on, gloves off, line up goalie first). Players failure to conduct themselves in a respectful way on or off the field will have consequences.

·      Following games, players are to clean up their belongings and any trash that may have accumulated throughout the game.

·      During gameplay, every player must be focused and encouraging their teammates.  All players must be in a line organized and ready to sub into the game. There is no sitting on the sideline or taking a knee unless injured.  Our bench is just at important as our players on the field.

·      Do everything 100%. As coaches, we put our teams in the best possible position to have success.  We fully expect each individual to submit themselves, regardless of the circumstance, to the best of their abilities.

·     Be a good teammate – we are here for each other and we expect your full commitment Every day.  Thank you.

Mike Acee was the right coach at the right time for my son, Luke.

We were not a “lacrosse family.”  But when son Luke was drawn to the sport “late” in his youth (12), we studied up, asked a lot of questions back East, and liked the answers we got about Mike from his Long Island roots, Long Island being a lax hotbed.

Mike welcomed Luke to his lacrosse family from the get go. With his affable nature yet high standards, he gained Luke’s trust quickly. From there all good things showed up in my son: A solid work ethic, a devotion, and a passion to achieve at a high level. The experience would go on to inform his approach to all athletics, friend selection, academics and beyond.

Mike covers it all: old school reps combined with new techniques that made each player responsible for his own success, and by extension, the team’s success.  Mike seems to pull from all the playbooks, switching out as necessary. I saw it kept the team on its toes, and anyone wanting to learn the “why” behind his directives was patiently and enthusiastically debriefed.

Mike’s 212 culture is the stuff of a Hollywood movie:  A brotherhood that pushed them forward to tourneys throughout the West. When 212 would walk onto a field (Sandstorm in Palm Springs comes to mind), it was like a movie voiceover saying, “The Competition Has Arrived.”

Mike can create that, drawing that delicate balance of “I’m your coach. I am not your friend. Even though I like you guys a hell of a lot.”

It’s not easy to walk that line, but Acee does it, with his team and with the parents sitting in those folding chairs.

Turns out… (hate to say it), Mike was always right.  If being right means that my kid is now a strong, confident, coachable college-lacrosse bound young man, who just happens to be happiest when he is on the lax turf.

“It’s important to express my gratitude to the staff, parents and players who have supported 212 over the years.  These results wouldn’t be possible without their commitments.”

Players from 212 Lacrosse left the snow-capped mountains of Utah for the shores of Southern California to compete at Legends National Cup in Del Mar on Dec. 14–15, 2019 and brought home the hardware to win their 31st tournament championship.

Coached by 212 Lacrosse Founder Mike Acee (University of North Carolina), and Christian Pompoco (Westminster), the 2022 players battled it out in the Ravens Elite Division, against mostly 2021 teams.

“212 dedicates tournament play to my former UNC teammate Graham Harden. Graham is battling ALS. I’m very proud of all the 2022 boys for their gritty performance in Del Mar.

With temps in the mid-60s and clouds looming, the first day of pool play started with 212 besting True MN 2021 8–5. Faceoff specialist Coleman Kraske made his presence known early, dominating at the X. Attackman Luke Lemus scored three goals in the first half to give 212 the lead. Midfielder Mason Quick showed his skills on both sides of the ball, scoring on the run and causing turnovers.

Next up was Flying Pigs Elite, a Legends team, followed by Evolve Elite Orange. These matchups ended with 212 notching 14–5 and 11–4 wins respectively. 212 defense showed up strong in both matchups, with Chris Caldwell demonstrating finesse at stripping the ball from the opposition time and again. Although they faced older competition all day, 212 ended pool play as the 1st seed.

The opponent for the title game would be SoCal Bulls 2021, touted as the “team to beat” due to having many Division 1-committed players on its roster.

The Bulls started out aggressively, and 212 found itself down 0–2 early in the first half.  Ball possession would help 212 climb back into the game, but they were still down 4–5 at the half. Kraske took control of X against a High Point-committed FOGO from the Bulls, and 212 took the lead at 6–5 with 12 minutes left. The Bulls would close to within 2, but a late goal to make it 9–6 with two minutes left put the game out of reach.

At 212, Acee and his staff have a cumulative record of 297 wins 72 losses, and 31 tournament championships with 65 players committing to play college lacrosse. The staff focus is for players to experience personal growth, make new friends, enjoy the outdoors, and become a better lacrosse player. 212 tournament teams play in honor of Mike Acee’s University of North Carolina teammates whose families have endured hardship. 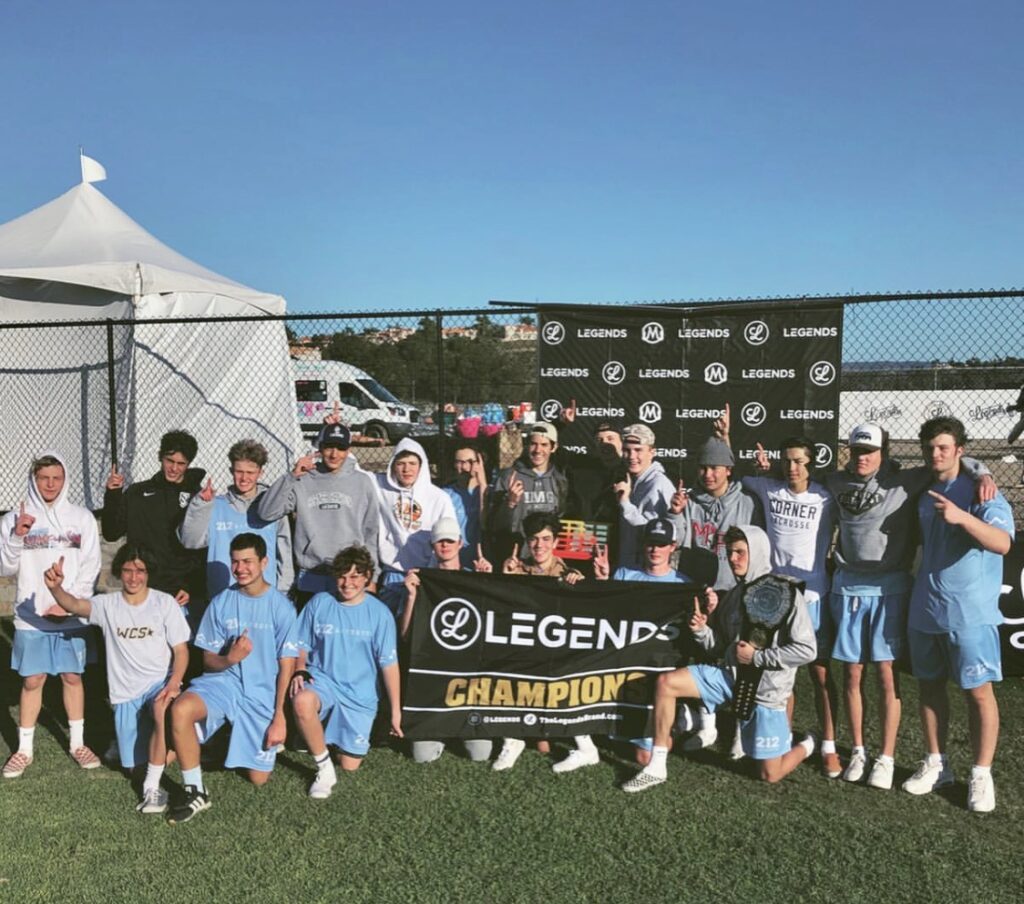 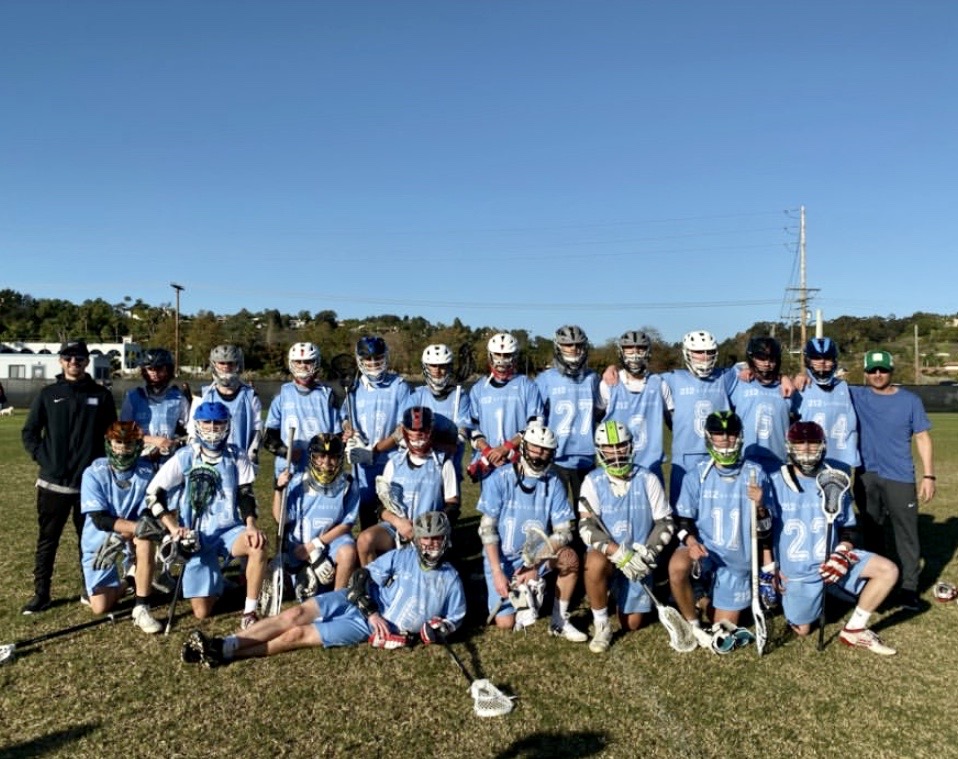 We moved to town in 2012 and my son, a kindergartener, joined Mike’s 212 summer training program.  Over past seven years, he’s never missed a summer and I’ve watched him go from an eager kid who was looking to have fun in his early years, to a skilled player with high Lax IQ under Mikes guidance.  Mike has provided my son with candid feedback on what he needs to develop to elevate his game to the next level.  Mike poses the coaching credentials and experience that are proven in developing many of top players in UT and out west.
I’ve spent time as a youth coach in Park City for a number of years and the biggest attraction to the 212 program is value.  In todays world with so many club teams and camps to attend, parents often asked me. what I would recommend? For the spend of money, it’s paramount to have developed technical stick skills and field awareness before you spend excess money on travel club teams or camps.  I attend a few workouts each summer at Jeremy ranch to watch the “grass roots” approach that Mike and his staff work the kids through.  What you’ll witness is fun, attention to detail, high repetition workouts that will lead to development and ultimately play out in game/tournaments as the kids get older.
It’s exciting to watch the evolution of my son Vince and his teammates (Many who have been playing for 212 lacrosse since they were beginners) can continue the legacy of great High School/College lacrosse players from Park City,UT.
Thanks Mike and look forward to the journey ahead.
-Marc Billanti